Have you heard of the Japanese green tea called Tencha? Its name literally means “mortar tea” or “tea for grinding.” “Ten”(碾) translates to “mortar” or “grind,” and cha(茶), as you probably already know, means “tea.”

Why was Tencha given this name? It’s simply because it is the whole leaf form of Matcha. It has been processed and dried but not yet ground. So, in turn, Matcha’s name translates to “ground tea.” One of the most popular kinds of green tea worldwide is known as powdered green tea. This means that those who drink it are consuming the actual leaves in pulverized form and not just the liquor produced by steeping the leaves in hot water.

So many enjoy the flavor profile of Matcha. It is typically characterized by a sweet vegetal taste with but the merest hint of bitterness and a decided umami hit. Does this mean that the same can be expected of Tencha?

Keep in mind that Matcha is the actual leaf and not just the liquor created from steeping. Therefore, even if it oxidizes and loses some of the original Tencha properties in the grinding, the flavor of Matcha is still understandably stronger than that of steeped Tencha.

High-grade Tencha boasts an intense sweetness and unparalleled round richness. In Japan, Tencha leaves are the only ones that qualify for making Matcha. Unfortunately, there are “Matcha” products sold in the United States that do not actually come from Tencha. Instead, they come from Sencha, technically making them Konacha instead of Matcha. For Japanese green tea aficionados, the difference is easily apparent. Konacha has a more intense flavor with a slightly tannic and astringent finish.

Matcha is supposed to Japan what champagne is to France. It has unique properties that are almost impossible to replicate elsewhere. Camellia sinensis or tea plants cultivated specifically for producing Matcha are mainly grown in Uji (Kyoto) and Nishio (Aichi). Incidentally, when you talk of Matcha, you’re essentially talking about Tencha as well.

In the same way that there are Ceremonial Matcha and Culinary Matcha, there are Tencha leaves that are turned into Matcha, and there are those that are used for cooking. Whole leaves are best for soups and stews. However, the powder version is understandably preferable for baking and making sweets like smoothies and ice cream.

Be they for tea or cooking, Tencha leaves undergo the same cultivation process, the same one used for Gyokuro, one of the market’s most expensive green tea varieties.

Tencha’s cultivation generally involves three stages. The first step is fertilization. As a rule, tea plants meant for Tencha are fertilized three times. Doing so helps make the flavor of the leaves sweeter.

The next step is shading. The tea leaves are shaded for at least 20 days before harvest. This is why they’re a vivid green color. Shading forces the plants to produce more chlorophyll, resulting in a darker, richer shade of green for the leaves as well as a smooth, mellow sweetness in their flavor.

It also increases amino acid production, which is responsible for the deep umami quality in its taste. That balanced fusion is the special flavor that shading creates. On the other hand, more exposure to direct sunlight increases tannin levels. This, in turn, leads to a bitter taste, which explains why Tencha and Matcha are only slightly tannic and much better known for their sweet and umami qualities.

The final step is processing. Within 24 hours after harvest, Tencha leaves are steamed, air-dried, de-stemmed, and de-veined. They don’t have to go through the rolling process like the other kinds of green tea. This way, stem removal is easier. Flat leaves are understandably more desirable in Matcha production. The fact that Tencha leaves are not rolled or kneaded significantly influences the uniqueness of their flavor, which tea masters have described as noble, delineating their excellence and superiority.

The next step after that, of course, is grinding, but at this point, the tea ceases to be Tencha and effectively becomes Matcha.

Tencha is most often compared with Gyokuro and, of course, Matcha.

It has many similarities with Gyokuro. For instance, like Gyokuro, Tencha also has a higher caffeine content, about 140 to 160 mg per 100 grams, than other green tea kinds. This is one of the results of shading. However, it has been observed that because Tencha leaves are not rolled or kneaded, their flavor profile is not as easy to extract as that of Gyokuro. Since the leaves’ cell walls have not been broken down by the rolling process, their flavor does not as easily infuse into the water. Tencha leaves are also lighter in weight and tend to float while being steeped. This is why it’s essential to select top-quality Tencha for easier flavor extraction.

Meanwhile, Tencha’s primary advantage compared to Matcha is that it maintains freshness longer. On the other hand, Tencha isn’t considered ceremonial tea, so drinking it is not permitted by the rules of the Tea Ceremony. However, not all who enjoy tea adhere to these rules, so this disadvantage only applies to those who do follow them.

As previously mentioned, when Tencha is drunk, only the extracted essence from steeping is consumed. With Matcha, the actual leaves are consumed, albeit in powdered form, so it offers a stronger concentration of nutrients and antioxidants than steeped tea varieties.

Tencha consists of vivid green leaves that make a clear liquor, while Matcha is a lighter green powder that makes an opaque drink.

Tencha leaves are a bit more challenging to brew because they tend to float, being only half the weight of Gyokuro or Sencha leaves. However, since they’re cultivated in the same way as Gyokuro, it’s recommended that they be brewed the same way as well. Just push the floating leaves underwater, perhaps with additional leaves.

The usual brewing time is one to two minutes at 140 to 175 degrees Fahrenheit for seven to eight grams of Tencha in 200 ml of water. For a more intense flavor, simply add more leaves. Tencha can also be cold-brewed and slowly ice-steeped.

Tencha has a lovely herbal scent, and many find that a mild scent lingers in their breath after drinking a cup of it. The liquor is a light greenish-yellow color, and the smooth, mellow sweetness of its taste has an elegance to it.

For a long time, only tea masters or manufacturers were familiar with the flavor of Tencha. It’s actually considered a rare green tea variety. Tencha is traditionally regarded as mere raw material for Matcha, which explains why it’s hard to find it, even in Japan.

The cherished secret that is brewed Tencha is now out, and the international tea industry is right to make a fuss. Like an overlooked gem, Tencha is finally making its fine qualities known to the public, and many tea connoisseurs worldwide are eager to experience its uniquely pure and elegant flavor.

Here is the Tencha we carry: 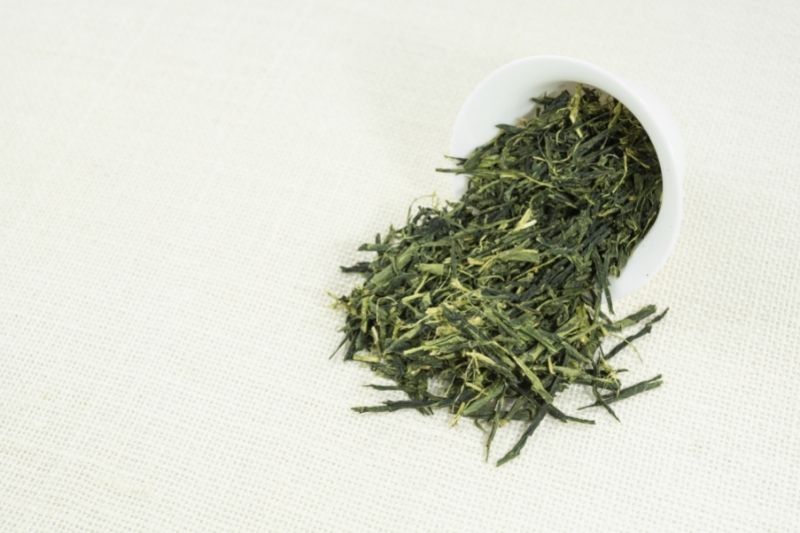 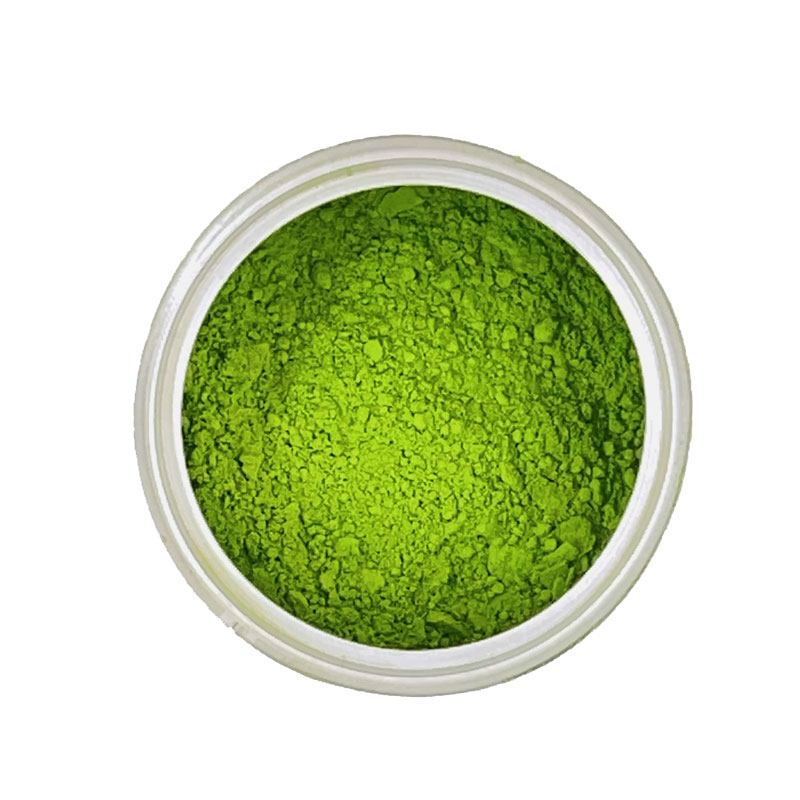 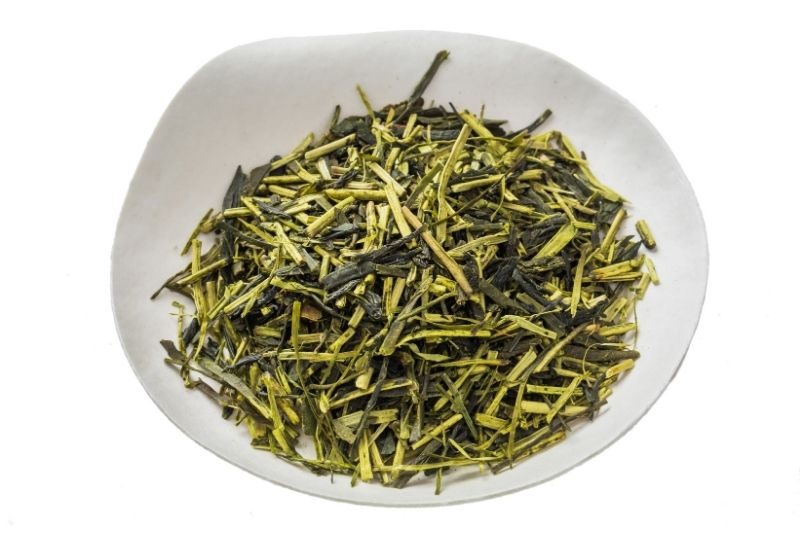