Japanese teas are one of the most prominent teas in the entire world. With its abundant varieties, it has captured the attention of millions of people and has successfully won their hearts. One can say that Japanese tea is certainly a delight for a tea lover. One such variety of Japanese tea is Yutaka Midori which we are going to discuss in this article. Let’s see what Yutaka Midori has in store for us.

What is Yutaka Midori?

Yutaka Midori is a Japanese name meaning “rich green” and its deep green color is one of the reasons behind its immense fame. In terms of popularity and land of cultivation, it has acquired the second rank, after Yabukita, and is mostly found in the warms regions of Japan. About 30% of the cultivated land of Kagoshima Prefecture is used to cultivate Yutaka Midori. However, the green tea variety is also well-adapted to southern Kyushu’s climate.

The National Agriculture and Food Research Organization (NARO) conducted various studies on green tea cultivars to check the EGC (Enterotoxin Gene Cluster) content. The cultivars used for this study were Yabukita, Kanaya Midori, Sayama Kaori, Yutaka Midori, Okumidori, and Sae Midori. It is quite surprising to know that Yutaka Midori had the highest content of EGC among all the cultivars tested. EGC is known to make your immune system stronger and it can be extracted at cold infusion temperature (lower than 10°C). However, at a hot infusion temperature, the EGCG catechin dissolves.

In the early stages of Yutaka Midori, the taste of this cultivar was quite bitter and the color of the liquor acquired a bright red color. However, using a certain steaming process, the cultivar was made much more accessible. At that time, the Tea Institute in Kagoshima had lost all hope in Yutaka Midori but today, it is the second most popular cultivar in the continents of Japan. The first one is still Yabukita. However, Yutaka Midori has ranked first when it comes to having prominent and fresh green flavors in Kagoshima.

Yutaka Midori is known to provide a better yield than Yabukita and that is why it is cultivated on such a large scale. At that time and still, the warmer climate has been much more suitable to grow, cultivate, and harvest Yutaka Midori.

When this green tea cultivar was processed as a sencha, it possessed extreme astringency and the liquor acquired an undesirable color. However, the researchers fixed this problem by processing it as a fukamushi sencha. Another technique was used by the scientists to fix the astringency and color problem. A week prior to the harvest of the green tea cultivar, the scientists would shade the plant that assisted in giving a deep, bright color.

Since 1949, Yutaka Midori has been a success and currently, it is a well-known cultivar found in the regions of Japan.

The farmers can harvest Yutaka Midori 5 days before Yabukita and it is generally harvested in early spring. The leaves of the Yutaka Midori have a deep green color while the color of the liquor acquires a pale green color after brewing. Yutaka Midori grows to its full capacity under full exposure to the sun. It can be grown under shade but after it is exposed to 6 hours of full sun.

Yutaka Midori has strong resistance to diseases and pests, especially anthracnose. It is also mildly resistant to gray blight. However, when it comes to the cold weather, the farmers may need to take extra precautions to grow Yutaka Midori.

If you want to enjoy springtime in the most soothing ways, you must have a cup of Yutaka Midori tea. Yutaka Midori is unmatchable in every sense and all of it is because of its rich green color and refreshing, succulent taste. The mild and refreshing taste is courtesy of its processed form, fukamushi sencha. It has slight astringency still but it’s all balanced out with the sweetness of the tea leaves. The best part? You will still experience its mind-nourishing flavors even if the tea gets cold.

To be more precise, the taste of Yutaka Midori is more like fresh, succulent cucumbers. Just a single sip of this tea will revitalize you and make your day a whole lot better. The aroma of this green tea cultivar is like steamed zucchini that can fill up your nostrils with exotic and captivating fragrance. The caffeine content in this cultivar will also give you a boost of energy, just like the one you need to start your day.

From having a perfect green color to having an equally perfect flavor, Yutaka Midori has everything a true tea lover ever needs. After Yabukita, it is the most popular tea cultivar to be found in the prefectures of Japan. So, if you’re looking for a good quality tea cultivar and want another one on your kitchen shelf, it would be wise of you to go with Yutaka Midori. It won’t disappoint you.

Here is Yutaka Midori we carry: 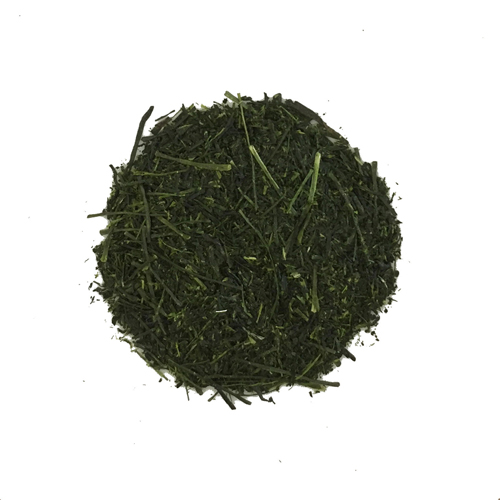 Kagoshima Tea and How Volcanic Soil is Good For Tea